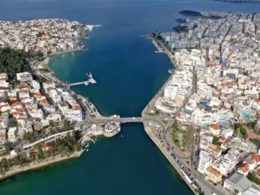 Chalkida in Evia. Find top destinations for accommodation, food, beaches and sights from a wide list of businesses in EviaGreece. Chalkida is the capital of the Evia prefecture of the region of Central Greece with approximately 90,000 inhabitants. It is built on both sides of the stream of Euripos with one part located on the island of Evia and the other part in Central Greece. On its continental side on the hill of Kanithos dominates the Venetian castle of Karababa which along with the bridge of Euripos and the unique phenomenon of changing the water direction every six hours are its most important features. Halkida has several remarkable and important sights: In your tour you should also visit: Other sights include the Veli-Baba Fortress and Kara-Baba Castle. Down the road that leads to the castle of Karababa and to a place where one has a panoramic view of Chalkis and the Euboean gulf, the author Yiannis Skaribas. Fountain Municipality of Chalkida See Chalkis from the drone Here 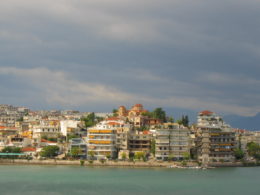 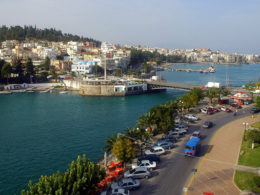 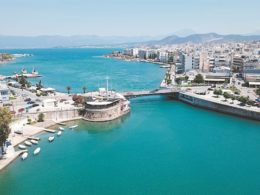 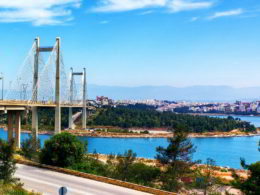 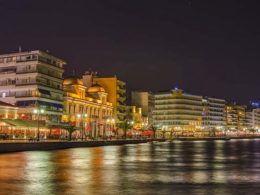 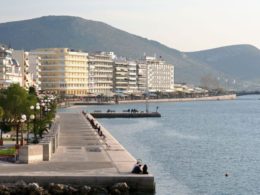 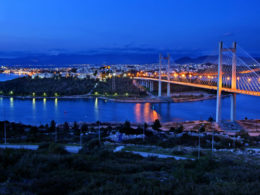 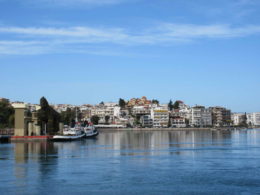 A trusted team to help you with your computer.

The largest IT school in Evia

We have been operating our shop in Chalkida since 1980 with success and we are proud of the excellent service of our customers. Buy online…

25 DRAMIA will find seafood, a variety of meat, fresh fish and salads. All are made with home care and high quality materials. We wait to…

A branch in Chalkida, by Admiral, a multinational company that owns sportswear, clothing and shoes for all ages. Serves both races.

Apo to sitari sto psomi, bakery,  it is located in Chalcis, Evia and offers a wide variety of breads.From wheat to bread … the way of…

The Archaeological Museum of Chalkida is housed in a building of the early 20th century. and collects finds from all over Evia.

The largest excavated part of the settlement that still exists is the area I, which identified public buildings and residences in high…

Athletic is a shop in the central pedestrian street of Chalkida, where you can find sports clothes and items.

ATHLOKINISI store is located in the center of Chalkida and sells sports clothing, shoes and other sporting items.

The Kourenti beach is a beach in the town of Halkida which is usually preferred by the locals for their daily baths just because konta.

Biskotogliko located in Chalkis , smells and flavors that will travel you to the favorite sweets of your childhood.If you are interested in…

The largest club in the city in Halkida with multitude of services and activities.

Bodytalk designs and produces athletic clothes, maintains a very clear position on what the gym should do in our lives. Gym is expression,…

To Temple of coffee and spirits is a new space in the krypidoma Halkida luxury to sites and flavors.

The best coffee in town!

The Karababa Castle built by the Ottomans in 1684, to protect Chalkis from the Venetians.

Agia Paraskevi is the patron of Halkida, which every year on July 26 solemnly honored the memory.

The Mayan Theater, is the largest cinema in Halkida. Located in the center of town, near the market.

In summer you mist open daily from its inception, always in the middle of May until the first autumn days an unforgettable night.

The best illy coffee variety is here, to provide you with the daily treat you need.. !!

ConsulTech is an enterprise that has several services such as computerization. However, it repairs computers and has call centers for…

A photocopy center where cell machines and accessories.