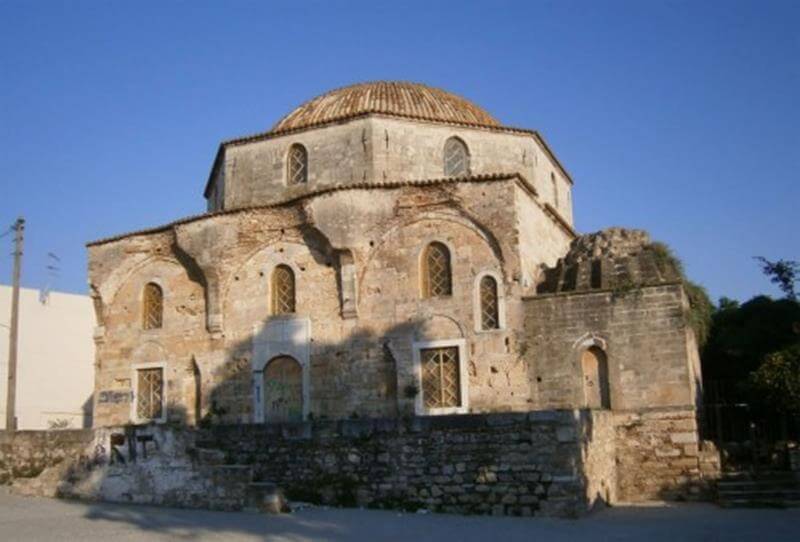 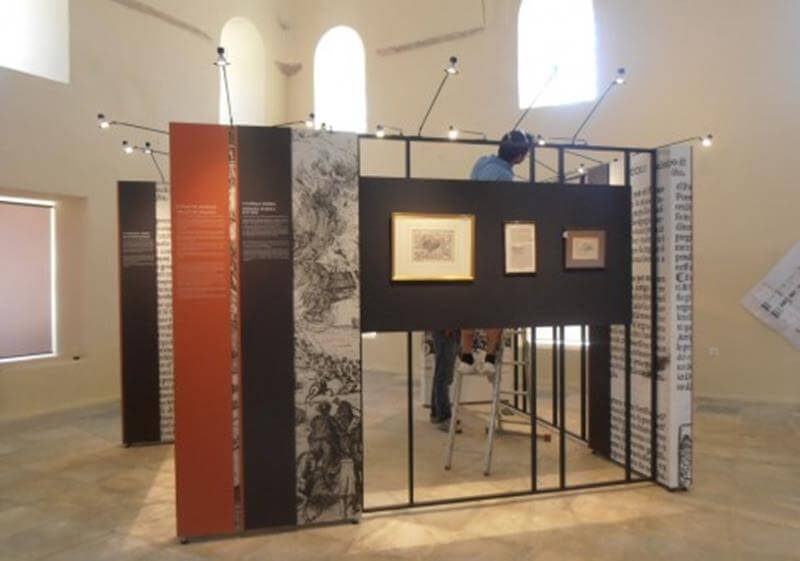 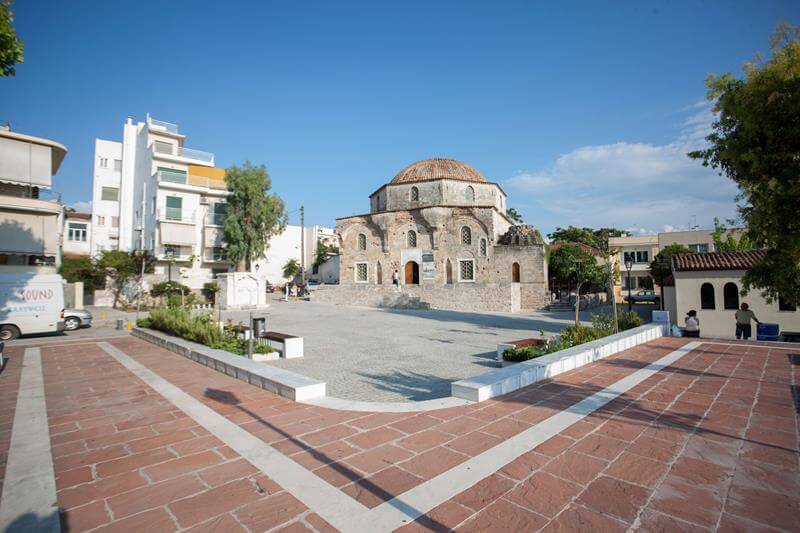 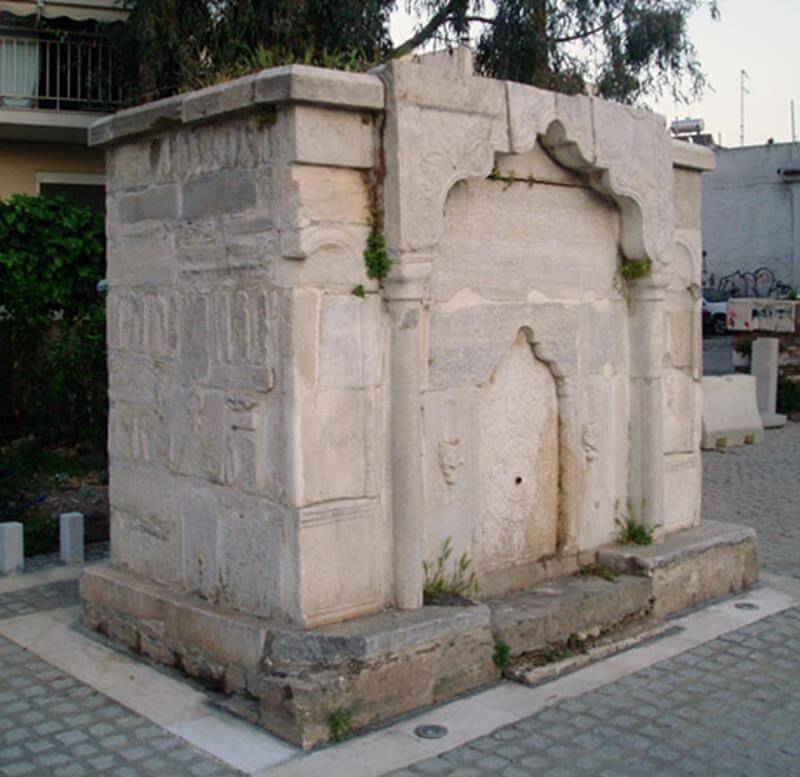 The Emir Zade Mosque is one of the mosques built during the Ottoman rule in Halkida or otherwise Egriboz, as it was known the city in those years. The Turkish traveler Evliya Çelebi, who visited Halkida, states that “in the castle of Egrimpoz There are eleven Turkish neighborhoods and eleven mosques Muslim believers.”

The Emir Zade Mosque survives almost intact. In a prominent position, a high point central square, today’s Fallen Soldiers in Kotsou Street, was built in the early years of the Ottoman period, ie at the end of the 15th century. The name comes from the words Emir (Emir) and Zade (son) that the mosque of his son Amir.

It consists of a rectangular room covered by a hemispherical dome inside, octagonal outside, which rests on four imichonia. On the west side there by columns gallery, the revak, roofed with hemispherical calotte. On the southwest side stood cylindrical minaret, from which only the square base survives. The minaret and portico survived until the mid-19th century according watercolor of Andre Couchaud 1843.

The monumental entrance frame marble slabs with inscriptions in Arabic, which is written: “enter here in peace and will be immortal in the name of Panteleimon God.” Two parallel rows of windows on the side walls and eight smaller ones opened in the dome illuminate the interior of the mosque. Inside, the east niche of the mihrab formed where traces of color remain with the original decor. Two marble plaques inscribed with excerpts from possibly the Koran in Arabic, crowning the apse.

The Halkida mosque belongs to the simple architectural style of monotroulou mosque, like most in Greece and the Balkans.

Opposite preserved the imposing fountain of Khalil, the same period. This is one of the nineteen public fountains constructed during the Ottoman period and also mentioned by Evliya Çelebi. The fountain, decorated with elaborately embossed Arabic art, bears inscriptions.

To preached today monument mosque dominates the modern city and a symbol of that era. Since the late 1950s the building was gradually restored while in the period from 1970 to 1973 performed restoration work according to a study of the Department of Restoration.