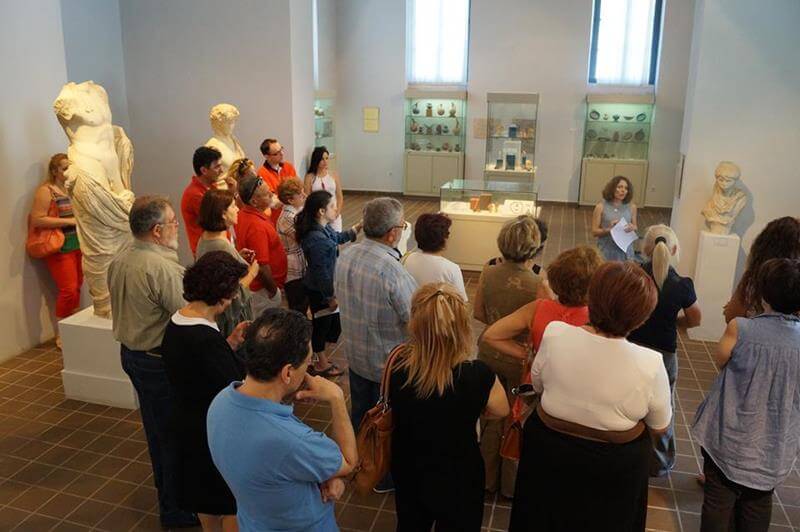 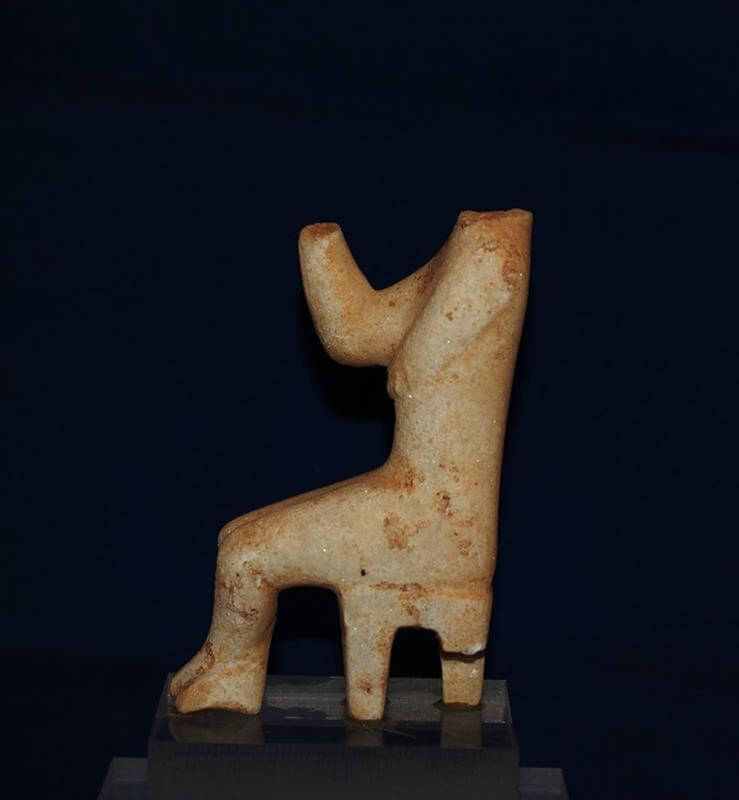 The Archaeological Museum of Chalkida is housed in a building of the early 20th century. and collects finds from all over Evia. The basis of the neoclassical buildings have carved stonework in the polygonal system, while the corners are reinforced with ashlar masonry. Above the main entrance of the building and is open gable keramoskeptasto. The building has a large courtyard and three rooms, where the exhibits presented. The building belongs to the Greek state and revamped to accommodate Euboea antiquities.

The exhibits are arranged chronologically from the Paleolithic to the Late Roman period and from excavations in Evia. The exhibition of the Museum has collections with finds from the settlement and cemetery of Manika (2800 – 1900 BC) Mycenaean pottery and figurines, collection Economou Evia, Viotia pottery and terracotta, collection of classical and Hellenistic coins from Chalkis, Eretria and Karystos, Roman votive sculptures from Chalkida and Evia, funerary monuments from Chalkida, the new Lampsacus and honorary decrees. In the museum courtyard contained resolutions, funerary monuments and Roman sculptures. Since the exhibits stand a seated female statue of the 4th century. BC marble funerary stele depicting new and dog (second quarter of the 4th century BC.), a votive column show Pluto and Dionysus (mid-4th century BC.), statue of Antinous (2nd c. AD), headless statue of Apollo or Dionysus (Roman copy), female statue Hellenistic Age and two heads kouros the Archaic Age.

The Archaeological Museum of Chalkida is housed in a neoclassical building, which belongs to the State, in Street El. Venizelos 13. The construction of the building was completed in 1901 to 1902, was launched in 1902 and is a study of the architect Lykakis. Its current form taken by the exhibition of the Museum since 1990, under the responsibility of the then Superintendent Mr. E. Sapouna-Sakellaraki. The number of findings which had been revealed in Halkida, the broadest area, but also in other places sto island gave rise to the establishment of the archaeological museum in the city, which would house artifacts from all over Evia and give a picture of the historical, political and social development of the island.

The museum exhibition was organized in such a way that on the one hand to outline the history of the island and on the other to bring out special thematic entities ancient monuments prove particularly instructive for visitors. In the courtyard presented funerary monuments, resolutions, architectural sculptures and Classical, Hellenists and Roman times. In the three halls of the museum there is a chronological classification of showcases and the exposed objects starting from the Paleolithic Era (circa 100000 BC) and ends in Roman times. Visual material with informational tables and photos better epixigoun findings and inform visitors about the historical development of the island. On the right room of the museum presents the findings from the Stone Age until the Geometrical years. The left room continues the tour of the visitor in the history of the island, with exhibits from the Archaic to the Roman era. The main hall is dedicated to large plastic Classical, Hellenistic and especially Roman times, which sets the tone of Euboean art in this field.

The number of findings from the ongoing excavation of the local Inspectorate imposed the reorganization of the report, which was presented to the public in 1990. A decade earlier the museum building had to be repaired after the earthquakes of 1980-1981. Also revamped and the forecourt to the operation of the two sheds and the green space in order to relieve congestion on the main hall that could accommodate other findings now